Silver Bells – What do Christmas and an ageing society have in common? by Andrew J Scott

A couple of weeks ago Catherine Foot, Co-Director of Evidence at the Centre for Ageing Better, asked if I would provide a short video as part of their Ageing Ideas Advent Calendar. I suspect she didn’t know what she was letting herself in for. I may well be the only person in the world who can claim to having written and researched on both the economics of Christmas and the economics of longevity.

The challenge though was that Catherine asked for only a two minute video so I quickly had to scrub my first recording. That’s because I doubt I would have reached the proclamation of the Council of Tours in 567 within two hours let alone two minutes. I did eventually record a two minute version but below is an expanded version of the video including some additional themes.

There are many important and practical issues that connect an ageing society with the Christmas season. Many of these are featured in the Ageing Better Advent Calendar. What I focus on though is how we view ageing and longevity. Ultimately what I find fascinating about these two themes is time, how we think about it and how we structure it.  Longer lives and more older people are leading to major changes in how we do so. Christmas too is about time – about how the year is structured and what we do during this period. So by drawing analogies (sometimes strained…) between our social narrative around Christmas and ageing I hope I get you to see both of them in a different way.

As an economist I got interested in longevity through reading about an ageing society. That’s a pretty bleak literature as it basically says because of falling fertility rates and people living for longer society is ageing. There are more old people and that’s an economic problem[1] because they tend not to work, have high health costs and need a pension. 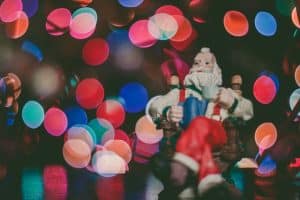 For various reasons I think this ageing society view is incomplete and misleading.  But even putting all that to one side this is a pretty miserable way of looking at one of the greatest achievements of the 20th century. In 1900 UK life expectancy at birth was around 50 compared to the latest estimate of around 82. At 65 years of age life expectancy in 1900 was around 73, today its over 85. Back in 1900 22% of children died in the first five years of life. How have we turned these remarkable achievements into a bad news story about an ageing society?

Christmas of course has its origins in the European tradition of feasting and over-indulgence in the bleak dark mid-winter period. Whilst It might have been dark and cold outside and a scarcity of food around, society took to celebrating life (including the evergreens). At the heart of an ageing society is the fact we are living (on average – an important qualifier) longer and healthier lives. That seems something we should be celebrating as a great achievement. We should celebrate the evergreens in our population.

Hopefully noone is surprised by the arrival of Christmas. It happens at the same time every year– its always December 25th. But just because its timing is fixed doesn’t mean that Christmas itself is fixed in its nature. As the social historian J.A.R.Pimlott notes “it is part of the tradition that Christmas is never as it used to be”[2]. Christmas may not be a moveable feast but it is certainly a malleable one.

The timing of Christmas itself is superimposed on the Roman festivals of Saturnalia and Kalends, an early example of this malleability. The English parliament banned Christmas in 1647. In half the years between 1790 and 1836 there is no mention at all of Christmas in The Times. Belk[3] remarks that “Christmas celebrations were dying out in Europe and America before Charles Dicken’s 1843 publication of A Christmas Carol”. That’s when Christmas begins to take on a more modern guise with trees, crackers, presents and the emphasis on the family.

This malleability of Christmas isn’t just a historical occurrence but also a contemporary one. In 1955 more chicken than turkey was eaten in the UK at Christmas but by 1977 less chicken was eaten than in a normal week. This year I received a small fraction of the number of Christmas cards I remember my family receiving when I was a child. So whilst Christmas is pinned down chronologically by December 25th what actually happens on the day has varied enormously over time.

That’s where the similarity with ageing comes in. What the ageing society narrative misses with its simple chronological focus on age is changes in how we age. Because we are on average living longer and in better health for longer we are seeing distinct changes in behaviour. The proportion of people working in their 70s is rising. Divorce rates are falling in general but rising for the over 50s. A 65 year old today is different from a 65 year old fifty years ago in many ways. Age is malleable.

In the economic literature on an ageing society, old age is defined as starting at 65. Sanderson and Scherbov[4] in their recent book suggest an alternative way of defining old age. In essence rather than measure old age by how many Christmases you have experienced (chronological age) they measure old age by how many more Christmases you can expect in the years ahead (prospective age).  They define old age starting when you can expect 15 or less Christmases). Using this approach its far from clear that the world is ageing. That’s an important way in which a 65 year old today is different from one fifty years ago – they can expect a lot more Christmases.

Just as Christmas today is very different from Christmas past, so too is ageing. We need to update our social narrative and look beyond the purely chronological definitions and observe what is happening.

Not everyone celebrates Christmas. A tour of UK households on December 25th will show an enormous range of behaviours. Even those who celebrate Christmas will have different ways of doing so. My wife is American and when I visit her (Italian-American) family in the U.S. they celebrate Christmas mainly on the 24th. There isn’t a turkey or a brussels sprout in sight on the 25th. 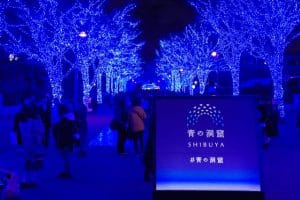 We are back once more to how little information chronological measures of time provide. Christmas may be fixed as December 25th but there is great diversity in what people are doing on that day. It’s the same with ageing. Because age is malleable, chronological age does not pin down your needs and behaviours but is instead characterised by great diversity. Some of that diversity is systematic – as evidenced by the considerable health inequalities that exist in the UK. Not everyone ages the same, not everyone has the same old age. Any set of policies that tries to support an ageing society needs to incorporate that diversity in its foundations.

With its emphasis on family, Christmas has long been seen as an important intergenerational event. After all, at the heart of Dicken’s Christmas Carol is the connection between Ebenezer Scrooge and Tiny Tim. With an ageing society those intergenerational connections will become more important. With fewer children being born and more people living for longer a key family and social dynamic will be how different generations connect together.

I was born in London, as were my parents. Ours was a fairly typical London family and was large by today’s standards. My mother had four siblings and my father two. As a result, Christmas gatherings were large (and wonderfully noisy) affairs with obviously many aunts and uncles but an even larger number of cousins.

Looking back, when I was 10 the family

structure at these parties was shaped like a Christmas tree. At the top of the tree were only two surviving grandparents, then the numerous aunts and uncles and finally the very large number of cousins. Today in the UK the fertility rate is 1.8 births per female and more and more people are living into older ages. Covid-19 will of course prevent a large family Christmas gathering this year. But were they allowed, that 10 year old today would find a very different family structure at the Christmas gathering. There would be a high chance of four surviving grandparents (and a growing chance of great grandparents) and a similar number of aunts and uncles and relatively few cousins. The family tree basically is looking more and more like a trunk. That means within the family intergenerational connections have become more important relative to intragenerational ones. That’s a key outcome from an ageing society.

But there is another change that has happened. At a Christmas gathering a hundred years ago many of the young children wouldn’t make it through to 70 or 80. Today the vast majority will. In a world where the young rarely became the old, social conflict between the young and old made more sense. Today the young have never been more likely to be old so its never been more important to think about how society treats older people. Its also never been more important to prepare for your own later years. Just as Ebenezer Scrooge gets the opportunity to witness a Christmas future and come back and change his ways so we all need, whatever age, to think about how we support and shape our future self. It is after all important, continuing with the Christmas theme, to ensure that “It’s a wonderful life”.

For anyone interested here is the economics paper I wrote as part of my D.Phil thesis many Christmases ago. I have often intended to go back and rework it with an aim to having it published somewhere but for various reasons that has never happened. Still it’s a long life apparently so there is hopefully time ahead to do so.

Andrew J Scott is Professor of Economics at London Business School, co-founder of The Longevity Forum and co-author of The 100 Year Life and The New Long Life.

Longevity.Technology: Longevity could be the best investment you ever make

Moral Maze: How do we make a longer life a moral one?

BBC Radio: Getting ready for the 100-year life

The Oxford Institute of Population Ageing: Healthy Ageing in an Era of Climate Change

The Longevity Forum is a not-for-profit initiative committed to achieving longer, healthier and more fulfilled lives for as many people as possible.